I am part of a group that many people seem to think is shrouded in mystery. Yet for us the intricacies of our lifestyle are our norm as they are guided by our belief and faith in who we are. We are Black Muslim Women who wear the veil. Globally, the image of a Muslim woman is one of an Arab woman in a long black dress with her head bowed down, walking two steps behind her husband. We have disrupted that dominant narrative and perception.

Black Muslim Women (BMW) are one of the most diverse sub-groups amongst people of African descent. A BMW is not bound to one country, one tribe or culture; what is central to her being is her gender, way of life and her actions are anchored in the teachings of the Prophet Muhammad (peace be upon him). A BMW also has a great example in Khadija, the Prophet Muhammad’s first wife, who was a prolific serial entrepreneur in the male-dominated Arab world. So, it’s not taboo to embrace being both a world-class leader and a great Muslim woman. That said, I can’t speak for any other BMW. Sharing my story and examples of women I admire, we shall hopefully change the conversation about Muslim women and join voices that bring a new narrative to the world.

I grew up in Uganda, in a village comprised of people of different religious denominations, mostly Christians. A small commonwealth, Uganda is one of the most tribally diverse countries in Africa, with a patriarchal society and strong social norms that mix religion and culture. In my community, a girl is expected to be soft-spoken and subservient to males, elders and all authority. She is expected to be modest and respectful with a lowered gaze, walking with small soft steps. That is what is considered good marriage material. If she breaks those gender, social and religious norms, she is deemed masculine — ‘a rebel’ and ‘uncultured,’ even derided as a ‘male daughter.’ With no voice and sense of agency, those labels exacerbate gender stereotypes, biases and prejudices. In many cultures around the world girls are groomed to be caring and soft, whereas boys are raised to be courageous and strong. Although parents mean well, these labels and expectations can become barriers to a woman’s ability to live a fulfilled life.

The rise of global movements such as the “Me Too” campaign and the push for gender equality is a wave catapulting the next iteration of feminism. This new movement transcends race, religion, culture, politics, workplaces, communities, shifting the way people live, see and deal with each other. At the recent Generation Equality Forum in Paris, women from around the world launched a 5-year action plan for gender equality with $40 billion in financial commitment. We are also witnessing a crucible moment in our lives when more women are voicing their narratives and bringing the world into their lives. Black Muslim Women are no different. Today, more than ever, more Black Muslim Women are standing for public office and excelling in sports. Supermodels grace Vogue covers wearing a hijab; we are seeing more veiled women in public.

Are you already a subscriber? Login

The Blazing Business of Black Art

The Rise of Rap NFTs

Towards Bridging the Racial Wealth Gap

Towards Bridging the Racial Wealth Gap

Twesigye Jackson Kaguri - November 12, 2021 0
I have been fundraising for equitable access to education for HIV orphans in Kanungu in Southwestern Uganda for the last 20 years. I could...

The State of Maternal Health in Black Women: A Crisis that Needs Change 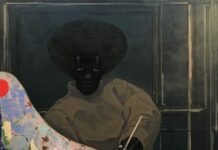 The Blazing Business of Black Art

Matt Kayem - October 25, 2021 0
“Most of the galleries used to, uh, not take me serious, baggy pants, braids,” Swizz Beatz reflects on his art collecting experience in the... 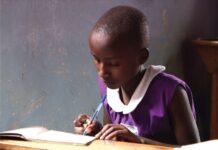 The Educational Impact of COVID on the Diaspora

Ron Mwangaguhunga - October 25, 2021 0
Much has been written about the health and economic toll of COVID-19 on communities of color, but what about the educational impact? The global...

Jaro4me is your source for original, premium, full-featured news, entertainment, and financial content. Jaro4me is the gateway to full access to the JARO Collective. The JARO Collective includes the My Jaro4me enterprise suite, powered by Bizio, and is comprised of Email, Drive, Contacts, Calendar and Meet applications. Together, the Jaro4me magazine and JARO Collective share transformational content to protect and propagate the truth and the cultural authenticity that represents the African diaspora. We uncover, showcase, and enable pathways to increase and expand economic inclusion for advancing the livelihood of people of African descent on a global scale.

×
We use cookies to ensure that we give you the best experience on our website. If you continue to use this site we will assume that you are happy with it.AcceptPrivacy Policy