By late January 2021 not a single African country had received vaccines and the road map to vaccination in Africa was unclear. Yet despite the vaccine nationalism that continues to grip the world, African countries managed to improve their access to vaccines through a combination of diplomacy and structured finance techniques. This article explains how this was made possible and explores some of the legal issues that have plagued (and continue to plague) all countries seeking to acquire COVID-19 vaccines.

A global pandemic requires a global solution. The world cannot afford for any country to be left behind in the vaccination drive. Yet this was exactly what was happening in Africa. While wealthy nations were using their negotiating power to buy up more vaccines than they needed, many lower income countries were left to rely on COVAX, a donor funded vaccine sharing scheme which is designed to provide lower income countries with free or heavily discounted vaccines.

While COVAX is a much-needed initiative, its implementation has been slower than expected and its capacity is limited to the provision of vaccines for only 27% of the populations in eligible countries. This is far lower than the minimum target of 60% that international health bodies estimate countries will need in order to have a minimum level of protection to engage in normal life.

To ensure that Africa receives swift access to vaccines, the continent as a whole is negotiating, procuring and paying for vaccines centrally through a newly created special purpose vehicle (SPV). This innovative Pan-African approach to procurement is unprecedented and a potential game-changer not only for Africa, but also for other countries who may find themselves marginalized at the international negotiating table.

The structure works as follows:

The first contract for the procurement of COVID-19 vaccine doses under this structure was signed on March 28, 2021.

Economies of scale mean that smaller countries, especially small island economies, can achieve potentially better terms than they would have received if they were alone. However, an even more significant benefit in the context of the current pandemic is the ability of this approach to potentially reduce the waiting time to purchase and receive vaccines.

By streamlining the negotiation and procurement process for the vaccine suppliers, the mammoth task of negotiating and papering transactions for potentially 55 African countries is simplified to a focus on a single entity. As a practical matter, the significance of this cannot be overstated. Vaccine suppliers are in the very unusual situation of having to negotiate contracts on an urgent basis with countries across the world simultaneously. As a result of our pooled approach, many African countries will get vaccines much faster than if they were conducting their negotiations individually.

Negotiating vaccine purchase agreements is a niche area. Negotiations are made even more complex by the unique nature of the COVID-19 vaccines themselves. Pharmaceutical companies have been placed in a truly unenviable position. Due to the scale of the human and economic devastation caused by COVID-19 globally, they have been forced to release a vaccine in under one year; a process that normally takes six years or more.

Politically – and from a humanitarian perspective – these companies had little choice and rose to the challenge in record time. However, this scientific ingenuity has created a legal and political nightmare.

Globally we have seen some vaccine suppliers struggling to meet delivery targets. In Europe, the European Union has commenced legal proceedings against AstraZeneca because it believes it is not getting the vaccines it ordered fast enough. The fundamental question is: what happens if something goes wrong, and what happens if people suffer adverse or even fatal effects?

There is simply no modern precedent for the global vaccine rollout that is ongoing. Will governments and their citizens be as forgiving in relation to unforeseen side effects as they have been grateful for the rapid roll out? This is unlikely, and as such these very real legal risks need to be mitigated and balanced against the need to deliver vaccines as quickly and as widely as possible.

To address this conundrum, several key approaches have emerged.

While the scope and details of the indemnities may vary from contract to contract, the overall effect is to limit the scope of legal action which can be brought against the vaccine suppliers and to compensate them in relation to successful claims. Many countries, from the United Kingdom to the Philippines (which in the past held pharmaceutical companies criminally liable), have had to enact new laws to facilitate this.

Some pharmaceutical companies are requiring that governments implement a no-fault compensation scheme to allow individuals who have suffered adverse effects (or their representatives) to make a claim and receive a lump sum payment as full and final settlement of any claims without any proof or admission of fault.

The idea here is that if an individual can make a claim and receive compensation without proving fault or negligence, they are less likely to pursue legal action through courts. This avoids the time and costs associated with litigation as well as limiting the exposure of vaccine suppliers who could be exposed to considerably higher damages if fault on their part is proved.

The most well publicized no fault compensation scheme is the one created by WHO and COVAX which creates the world’s first international vaccine injury compensation scheme and covers 92 low- and middle-income countries. The program was launched on March 31, 2021.

Despite the urgency, there is only a relatively small team of lawyers, government officials and international civil servants grappling with these problems.

Given the continued rise in COVID-19 cases globally, and the rise of new variants, life is unlikely return to normal any time soon. In a world where COVID vaccines continue to be in short supply, and where the distribution of vaccines remains unequal, there will no doubt be more litigation as well as associated legal innovation. Hopefully, once the dust settles and the crisis is over, we will emerge with some new tools, structures, and techniques to create a more equitable global landscape.

Samallie Kiyingi is a finance lawyer who serves as the Director of Legal Affairs/ General Counsel at the African Export–Import Bank, since April 2017. She is a founding member of the African Art Acquisition Committee, of the Tate Modern Art Gallery, in London, UK.

Are you already a subscriber? Login

The State of Maternal Health in Black Women: A Crisis that Needs Change

Why Vaccinating Africa is good for America

No Such Thing as Normal: Immunity Passports and “The End” of COVID-19 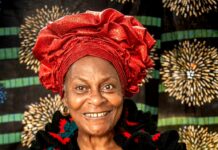 Ron Mwangaguhunga - January 1, 2022 0
2021 has clearly been a challenging year for every member of the African diaspora around the world. From the January 6th  insurrection to the... 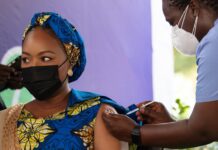 Samallie Kiyingi - December 27, 2021 0
By late January 2021 not a single African country had received vaccines and the road map to vaccination in Africa was unclear. Yet despite... 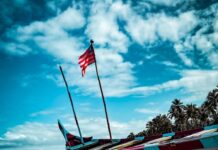 Ron Mwangaguhunga - December 15, 2021 1
Founded by US settlers in the 19th Century, Liberia began as the first and only African colony founded by African-Americans. After Haiti, Liberia is... 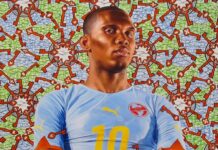 Neamen Baatai - December 10, 2021 0
Fans in Europe have such an insanely powerful effect on soccer that their passion helps make the atmosphere of a professional European match unique....

The Cryptocurrency Revolution and the African Diaspora

Richard Thompson - November 30, 2021 0
Fact: Refugees fleeing the May eruption of the Mount Nyiragongo volcano were helped in the city of Goma in the Democratic Republic of Congo,...

Jaro4me is your source for original, premium, full-featured news, entertainment, and financial content. Jaro4me is the gateway to full access to the JARO Collective. The JARO Collective includes the My Jaro4me enterprise suite, powered by Bizio, and is comprised of Email, Drive, Contacts, Calendar and Meet applications. Together, the Jaro4me magazine and JARO Collective share transformational content to protect and propagate the truth and the cultural authenticity that represents the African diaspora. We uncover, showcase, and enable pathways to increase and expand economic inclusion for advancing the livelihood of people of African descent on a global scale.

×
We use cookies to ensure that we give you the best experience on our website. If you continue to use this site we will assume that you are happy with it.AcceptPrivacy Policy